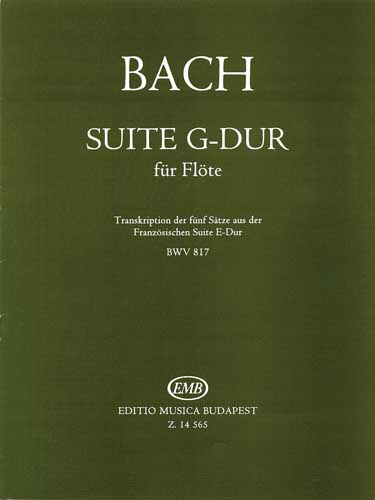 Transcription of the sixth French Suite in E Major, BWV 817 by Benedek Csalog.

With its homophonic character the E major French suite stands out among Bach's works for keyboard instruments? It cannot be ruled out that individual movements or even the whole work may originally have been written for another instrument. It is this peculiarity that has been exploited by the internationally well-known baroque flutist Benedek Csalog in transcribing for flute five suitable movements of this suite (Allemande, Courante, Sarabande, Bourrée, Gigue). In making the transcriptions he took as his starting-point the German flute music of the 1720s and 1730s, and the flute-playing practice of that period.