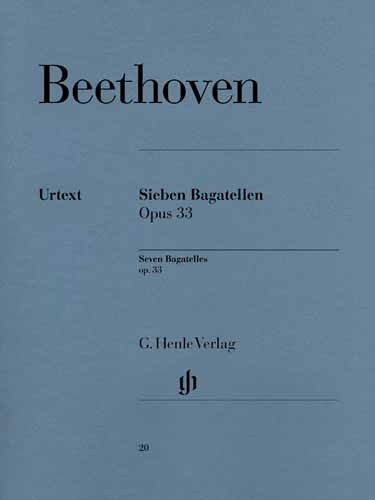 The autograph of Beethoven's Bagatellen op. 33 mentions the year 1782 in its title. The date, and the fact that Beethoven amended it, have led to a number of speculations concerning the time of its genesis. What is certain is that the seven pieces were not completed until about the end of 1802. Beethoven seems to have compiled several earlier pieces, revised them one last time, then gave them to the publishers. The first edition was issued in May 1803 - and today's pianists are still just as enthusiastic about these little gems as they are about many of Beethoven's other major or minor masterpieces.