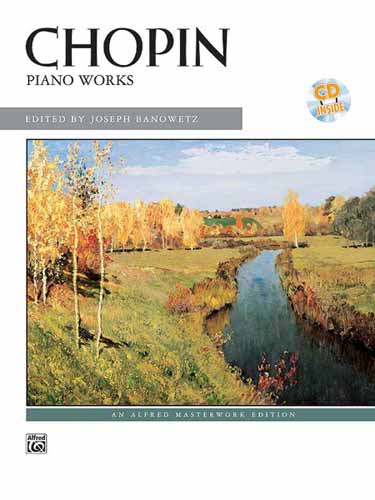 This volume includes 18 famous piano solos by Chopin, as edited and performed by noted concert pianist, Joseph Banowetz. Included are Nocturnes, Preludes, Mazurkas, a Polonaise and several other works. Banowetz provides a lengthy preface introducing students and performers to all aspects of these works. A full performance CD recording is also included.

Joseph Banowetz graduated with a First Prize from the Vienna Akademie für Musik und darstellende Kunst. Banowetz has been a piano recitalist and orchestral soloist on five continents. He was awarded the Liszt Medal by the Hungarian Liszt Society in recognition of his outstanding performances of Liszt and the Romantic literature.