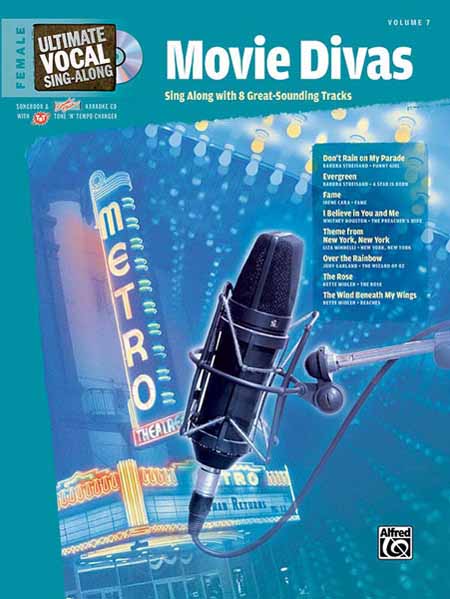 Alfred's Ulitmate Sing-Along books give you everything you need to sing your favorite songs. Each songbook has the lyrics, music notation, and chords to eight great hits, with lyrics-only pages included. There are two versions of every song on the CD: A full-performance track with an amazing sound-alike recording, and a professional accompaniment track so you can sing along. When you use the CD in your Mac or Windows-based computer, the TNT (Tone 'N' tempo) Changer lets you easily change the key and tempo to individualize the playbakc for justyour voice and style.