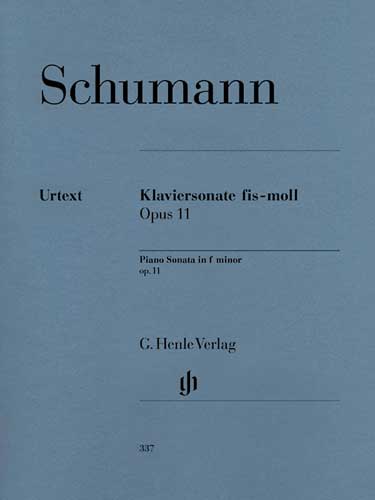 Following Schumann's first, evidently unsuccessful attempt at composing a “Sonata” – he only had the opening movement published under the title “Allegro in B minor” – he tried once again in 1833. It is a well-known fact that this sonata was composed while he was in close contact with Clara Wieck, who was thirteen at the time. Individual motifs from it can be found later in Clara's work; but by the same token, individual figures can be found in the sonata which point to Clara's “Pièces caractéristiques” op. 5. In addition, Schumann used an almost literal adaptation of his song “To Anna” for the second movement. We have included this in the appendix of our edition and in so doing show the roots of this composition.