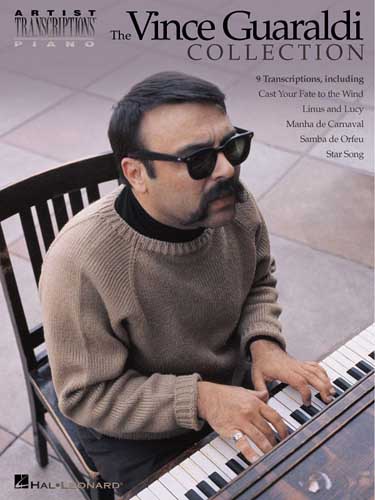 Along with Dave Brubeck, Vince Guaraldi was one of the leading pianists to rise to prominence from the California Bay Area scene. Originally a Latin jazz musician, his recording of “Cast Your Fate to the Wind” is one of the best-selling jazz records of all time. Guaraldi later composed the beloved and timeless music for the Peanuts television specials. This folio spans Guaraldi's multi-faceted career, with note-for-note transcriptions of 9 terrific songs. Includes a biography and a discography.