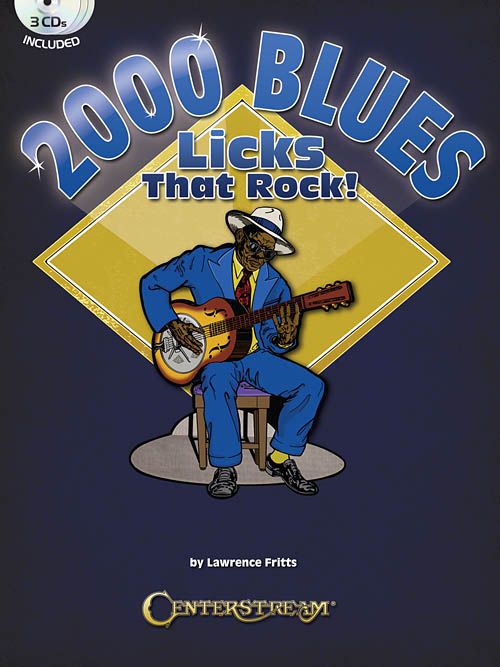 The 2,000 licks in this book are organized into 36 chapters. These chapters explore the different pitches, rhythms, techniques, and methods of phrasing found in blues and blues-influenced guitar solos and fills. Use these licks to deliver heavy, yet ear-catching riffs. These can be played along with the 43 backing tracks included on the 3 CDs that come with this book. They are all written in the key of a C blues, while the backing tracks are played in the keys of E, A, D, G, C, F, and Bb. A handy table is included that shows how to transpose up or down from C to other blues keys. The backing tracks (performed by a live band in a studio) are all in the 12-bar blues form, but the licks do not necessarily have to be played over specific chords in the progression.