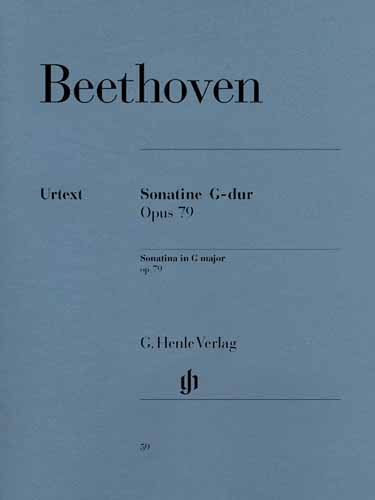 Ludwig van Beethoven composed the Sonatina in G major op. 79 in 1809/1810, virtually as an afterthought to his work on larger piano compositions: the E flat major Piano Concerto, the Choral Fantasy, and the Les Adieux Sonata. Beethoven's spirit is present in this composition too, even if it was not, perhaps, afforded an equally intensive degree of inspiration and artistic effort. The Presto alla tedesca became famous because the motif of a third, like the call of a cuckoo, is taken through all the keys. The middle movement is pervaded by unpretentious beauty in the form of a melancholic Russian melody, while the finale delights with its humoresque character. The work's modest level of technical difficulty makes it a musically demanding practice and recital piece. Conrad Hansen's highly regarded fingerings will be very helpful in this process.