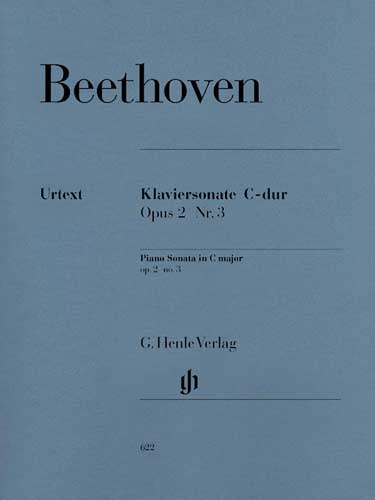 Ludwig van Beethoven's three sonatas Op. 2 stand at the beginning of his oeuvre, but there is absolutely nothing tentative or early about them. Not a note could be changed; strict logic rules every movement. Five years after Mozart's death, a new genius emerged here. The Sonata in C Major Op. 2, No. 3 from 1795 is large and brilliant, more expansive than the two other sonatas of Oop. 2, and created for virtuoso effect. Its key of C Major already has the celebratory, victorious sound of the Waldstein Sonata and of the finale of the Fifth Symphony. It is now available as a separate edition, in the quality one has come to expect of an Urtext.