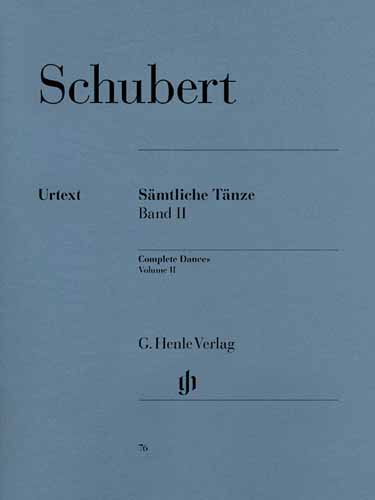 Schubert at the piano, with his inexhaustible wealth of dance melodies, his friends around him dancing and playing jokes - this is one of the traditional images of Schubert that we so cherish. The term Schubertiade invented for this kind of get-together is now solidly established. This volume contains more than 200 dances, minuets, waltzes (including the famous 34 Valses sentimentales op. 50 and the 12 Valses nobles op. 77) ländler, écossaises, German dances - each lovelier than the next. They were written in the years 1816-1826. In the Appendix one can find another 32 dances, of which only the melodies are transmitted or that were originally most likely intended for other scorings.