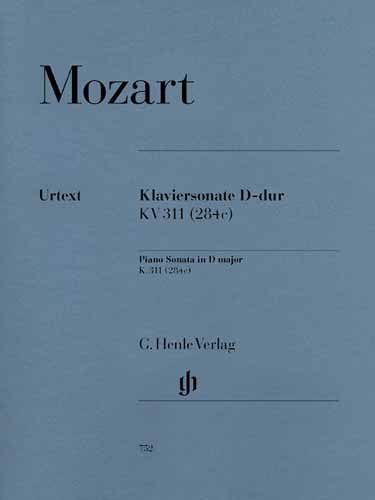 FIRST MOVEMENT The first movement of this Sonata is, like the earlier Dürnitz Sonata (which also is in D major), an orchestral sounding brio movement; both works radiate with Mannheim exuberance.

SECOND MOVEMENT The second movement might be described as a sonata movement without a development. Its song-like eleven-bar theme, 4+4 (3 1/2) + 3 (3 1/2), with a concluding note at the 12th measure, is followed by an episode and a wonderfully varied return of the theme in D major (m. 25) instead of a contrasting second subject. The recapitulation starts in measure 39. But no formal description can do justice to the poetical depth of this movement. Under the seemingly simple statements there is a profound undercurrent of emotion. Among Mozart’s contemporaries only Joseph Haydn could occasionally match such a wealth of expression.

THIRD MOVEMENT The final movement is one of Mozart’s hunting rondos in six-eight meter, so often found in his piano concertos. It combines rondo form and sonata form brilliantly. The second episode in B minor has the character of a development section, crowned by a small written-out cadenza.
Paul and Eva Badura-Skoda