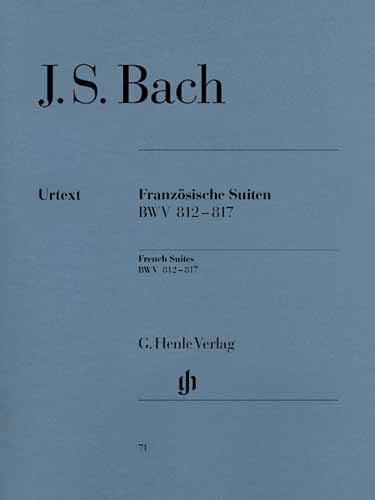 Johann Sebastian Bach's three great cycles of suites belong to the fundamental canon of piano literature: the Partitas and the so-called English and French Suites. It is the French Suites that have long been by far the most popular - and this was also the case at the time that they were written. However, this also creates problems for an editor preparing an Urtext edition, because a vast number of copies of them were made by Bach's circle of pupils, and these contain many presumably authentic variants. In this revised Henle Urtext edition, Ullrich Scheideler explains the complicated source situation with exemplary clarity. He lists the more minor source variants in footnotes; where there are major differences, both versions of individual movements are printed in full. Our opulent volume is rounded off with an appendix offering alternative and additional pieces. This Henle Urtext edition has been completely revised, and also offers new fingerings. It enables pianists and Bach enthusiasts alike to re-discover Bach's universe for themselves!